So me being a princess fan ( I want to be a princess myself some day! 👸) was all hyped up since the release of the trailer for Frozen two. 🤩! I did a very good job of annoying everyone in the house and letting them know of all the latest updates (Were you that excited?). So as it was released I decided I need to watch it at any cost, and was even willing to sit in the first row of a cinema just to get a glimpse of it.  So, the first day we went to the cinema and we got first row seats cause everything else was taken up, and I was pretty much enjoying the movie (my neck was killing me though), when suddenly BAM the screen went off  (to everyone’s disappointment) *groan*. The cinema people were nice enough and gave us a full refund even though we were half way through the movie. Now that day it was already late, and I had to painstakingly go to sleep having not watched the movie! 😒! My parents having understood my disappointment and depression (exaggeration at it’s MAXIMUM), retook me to the cinema and this time Allhamdulliah ( all praise to God) we managed to complete the movie! Yaayy!

King Agnarr (Elsa’s father) is featured at the beginning of the story telling his children of the relationship that the Northuldra people had with Arendelle. Elsa’s grandfather, King Runeard built the Northuldra people a damn in their place of living called the Enchanted Forest. Unfortunately though the two kingdoms relationship isn’t all rainbows and unicorns forever, and they fight each other, this angers the spirits of the forest (air, water, earth, fire) and a mist blocks off the entire forest leaving it hidden and inaccessible. The fight results in Elsa’s grandfather dying but King Agnarr is saved by a hero, who till that very date he didn’t know of.

Years after her coronation Elsa the ice queen, Anna, Olaf (everyone’s favourite🔥), and Kristoff seem to be living a happy life, playing games and tending to the future of Arendelle. When suddenly, one night Elsa hears a voice calling out to her, a song is sung and the spirits are awaken! This causes a disaster (earthquake, strong winds) in Arendelle, and every citizen evacuates to the mountain tops. The trolls pay a visit to Elsa, where they warn – “the past is not what it seems”. It is up to Elsa to finish what she has awakened, will she be able to save her kingdom or will it all end?

They head in search of the Enchanted Forest where the answers for their question lie! Will the past be corrected and exposed or will the kingdom of Arendelle become something of the past?

Oooff! Now that’s a lot of writing. Frozen two does have a very complicated plot! But nevertheless I recommend you watch it, if you haven’t already!

Have a GREAT weekend ahead everyone! And STAY SAFE!!:) 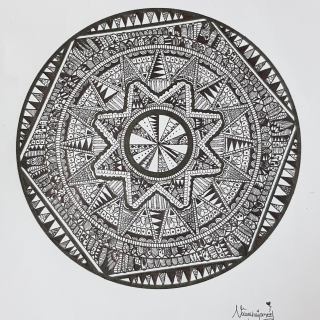