BLURB– Katniss has won the Hunger Games. She and fellow District 12 tribute Peeta Mellark are miraculously still alive. Katniss should be relieved, happy even. After all, she has returned to her family and long-time friend Gale. Yet nothing is the way Katniss wishes it to be. Gale holds her at an icy distance. Peeta has turned his back on her completely. And there are whispers of rebellion against the Capitol- a rebellion that Katniss and Peeta may have helped create.

Much to her shock, Katniss has fueled an unrest she’s afraid she cannot stop. And what scares her even more is that she is not entirely convinced she should try. As time draws near for Katniss and Peeta to visit the Capitol’s cruel Victory Tour, stakes ae higher than ever. If they can’t prove, without a shadow of doubt, that they are lost in their love for each other, the consequences will be horrifying.

So, if you read my first Hunger Games book review, you probably know that the book was recommended to me by many of my friends. After reading the first book it was very hard to resist the temptation of reading the second. So here I am after having completed the second book, writing a review for you all!

Katniss and Peeta Mellark are rich after winning the Hunger Games. They no longer live in their old houses but have moved to Victor’s Village. Soon they shall be starting their victory tour, where they visit all 12 districts and the Capitol. Before that even happens, Katniss receives a surprise visit from President Snow. He narrates to Katniss about the rebellion that’s starting up in some of the districts because of her having defied the Gamemakers with her subversive victory in the Hunger Games. Worst of all, Katniss has been looked upon as the leader for the uprisings. President Snow tells her that the only way in which she can save herself and her family is, by acting to be madly in love with Peeta during the Victory Tour.

Things don’t go as expected on the Victory tour, and the tension in the air starts rising, with most of the districts starting to rebel hard. Katniss faces further trouble when she, and Peeta are expected to go into the arena again due to the Quarter Quell, in which the Hunger Games victors are expected to return to the arena. This time would Peeta and Katniss both make it out alive? What would happen to the wedding that had been planned? Read the book to find out about the juicy details.

A lot happens in the second book and most of the descriptive parts were missing. The novel was not that exciting at the start because the author tended to miss out most of the details. However, towards the end, things started getting interesting. So guys read the novel!

And you can watch the movie too! Love y’ll! BAIII FOR NOW!💓 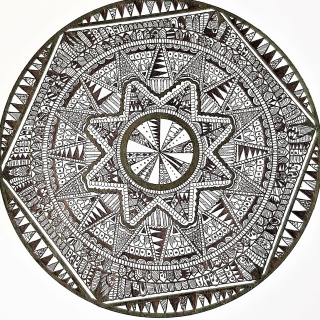